Evan Williams, the Co-Founder of Twitter Inc, on TED. His views after listening to a lot of Twitter users. He explains how twitter had its origin and how Twitter helps an user answering the question "What are you doing right now???!!!" to millions and millions of followers in a single second."I Kicked Mommy at 08:43PM on Thu, Dec 18!"
- A tweet by a baby 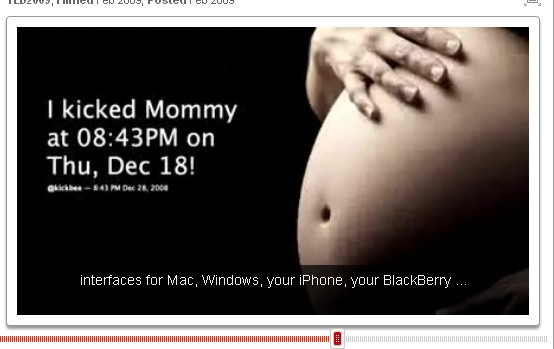 In the year leading up to this talk, the web tool Twitter exploded in size (up 10x during 2008 alone). Co-founder Evan Williams reveals that many of the ideas driving that growth came from unexpected uses invented by the users themselves.
at 11:58 AM Authored by Vivekanandan Manokaran - Software Engineer Labels: Entrepreneurs, Social Networking, Technology, TED Talks, Twitter, Video Blogging
Email ThisBlogThis!Share to TwitterShare to FacebookShare to Pinterest