Indo-Pak Express - Qureshi and Bopanna Team, Runners of US Open

Bopanna and Qureshi, Indo-Pak Express made some best things, for the India Pakistan relationship.

I really feel proud of these guys, who proved themselves in US. Bopanna and Qureshi were very open hearted to join and reach finals of US Open. Finally they lifted the Runners Up trophy with proud feeling. Important highlight in the match is that, Hardeep Singh Puri of India, and Abdullah Hussain Haroon of Pakistan, who were the UNITED NATIONS Ambassadors of their homelands were sitting together and cheering the Indo-Pak team...
Our Indo-Pak Express team lost the finals (7-6), (7-6) to the Bryan Brothers of USA. Bopanna and Qureshi had bested the Bryans for the first time last month at Washington in their most recent prior meeting, the only loss the Bryans have suffered in 20 matches since Wimbledon.

“It was a great tournament for us and we played some great tennis and Bob and Mike proved why they are the best in the world. Hoepfully, we will play much better against them again. I thank the crowd and the people of New York for their support and it was a wonderful week for us here,”

said Bopanna, who also thanked his parents who flew in from India to watch the final.

Qureshi too echoed his sentiments and added a political statement.


“We Pakistanis are peace-loving people and don't think of us as terrorists.” He regretted that he could not give his sister a birthday present, which she deserved today.

He also thanked the Bryans for making a contribution to flood victims in Pakistan.
Bob Bryan also paid rich compliments to the Indo-Pak team, saying

“these guys are going to be around for a long time, knocking at doors of more Slam finals.”

Bopanna said both he and Qureshi were thankful to the two dignitaries for turning up at the match.

"I mean we are just thankful they came out for us, they encouraged us and were very appreciative towards our efforts, they took time out to watch us and they sat together and cheered for us which is great, unfortunately we couldn't win," said the Indian Davis Cupper.

Bopanna and Qureshi also thanked fans from their respective countries for supporting them through their campaign.


"All those people from Pakistan and India supporting us these past two weeks, I thank everyone for helping me out but most importantly I would like to thank Aisam for playing with me and sticking with me we have had a great year together," 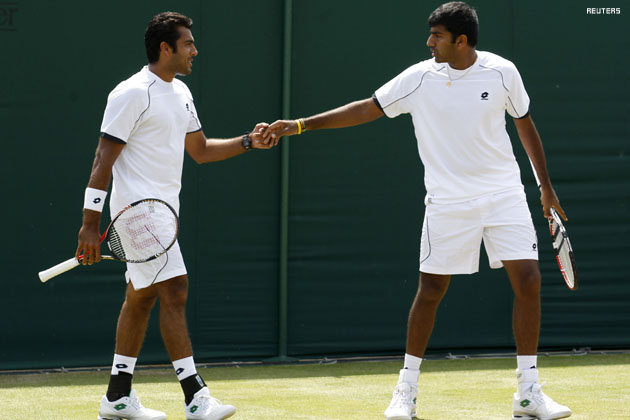 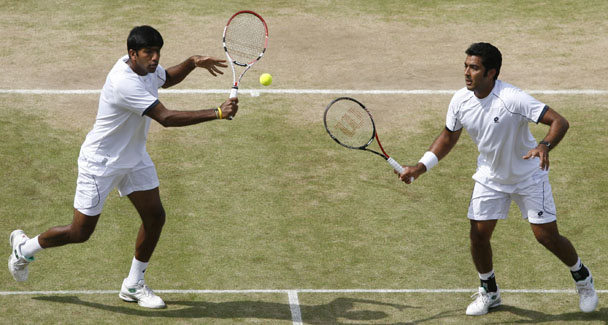