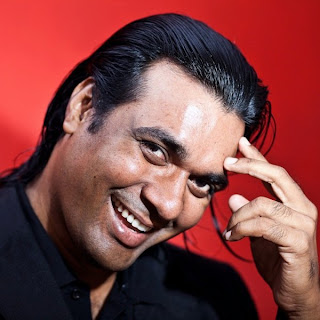 I think you people would not have seen me blogging about him here before. This is my first time about Kiruba. When you enter my blog, you can see in many places about the word, Entrepreneurship. Actually i got a clear idea about Entrepreneurship from him. I wonder on his activities. I can say he loves to be an entrepreneur, and he loves to organize some big things and he often makes other people to turn around him. He is such a guy.

He is the CEO of Business Blogging Pvt Ltd, a social media consultancy. He is the Founder Director of F5ive Technologies. Apart from these he is the Co-Founder of Knowledge Foundation, a non-profit organization. And he is the man behind Proto.in (Entrepreneruship event), BlogCamp, PodWorks, WikiCamp, BarCampChennai, MobileMonday Chennai, OpenCoffeeClub Chennai and the CC Salon.


When Did I know About Him/ How Did I Know About Him:
I met him first in Kurukshetra 2010, An International Level Technical Symposium @ Anna University, Madras. He lectured in the Entrepreneurship workshop. The thing which i loved in his way of lecture is his UNCONFERENCING. He made the session live and lovely. He gave some sort of play there. He said NETWORKING is more and more important for any Entrepreneur. Off course I realized the same when i had chances to meet some entrepreneurs. He insisted us on developing our own website and blog with a personal domain. He asked for people who had email ids from their domain, like kiruba@kiruba.com or vivekanandan@vivekanandan.in. Unfortunately no one had like that. But I have started developing my website but that is Google Site.


Recently he went to South Africa for the CLT20 that is going on. He returned to India, last weekend and immediately, the next day he was busy in organizing the FACEBOOK DEVELOPER GARAGE. And an interesting fact is that, i came to know through his tweets, that he has decided for the next Facebook Developer Garage in the month of December before the end of FDG which was on last sunday. I wonder he is making each and everything more and more planned. I can write more and more about him... He has networked with people in all fields like Software, Business, Cricket, and even Actors and Actress. He is a good friend of Percussionist Sivamani (Drums Mani), Ganguly, Harsha Bogle, and Chinmaye (Singer/Actress/and so on).


Podcast With Achievers:
And forget to say about one of his beautiful works, that is PODCAST with Achievers. The concept behind this is interviewing some famous personalities of all fields and make it a podcast. You can trace them here, Kiruba.TV

And i have a video below for you from YouTube. Here, Kiruba Shankar emphasizes on the power of teamwork to make a TEDx conference a success.


I am the greatest fan of him. To Kiruba: Sir, I really wonder at you.... I learnt how to be a sincere, punctual and a better human from my dad, P.Manokaran. I learnt and had crush on Software Technologies, through Bill Gates and I learnt, am learning and wish to learn Entrepreneurship from you, Mr.Kiruba Shankar.
at 8:56 PM Authored by Vivekanandan Manokaran - Software Engineer Labels: Entrepreneurs, India, Personalities, TED Talks, Video Blogging
Email ThisBlogThis!Share to TwitterShare to FacebookShare to Pinterest