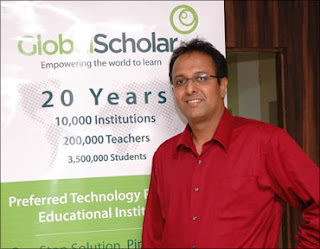 A man from MANNARKOIL of Thirunelveli Dt, is now a renouned Entrepreneur in UNITED STATES!!!

Here is the rags to riches
story of an extremely talented boy from a small village in Tamil Nadu who has risen to be the chief executive officer of a company in Seattle, USA.
It is also the story of how Kalyana Raman Srinivasan, who was so indigent that he had to study under a streetlight, but then managed to score excellent marks, rose in life and became today's Kal Raman.
At every turn in his life, he took the difficult path and it turned out to be the right one and in the right direction. His rise to the top is more dramatic than a thriller. Today, he is a very successful entrepreneur and the founder-CEO of GlobalScholar.
Kalyana Raman Srinivasan To Kal Raman... 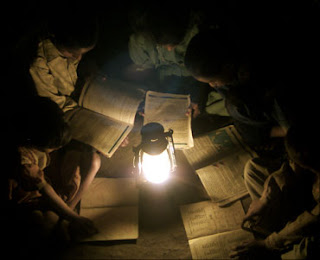 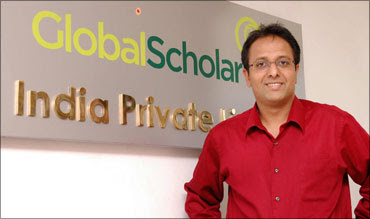 Giving back to society:
Kal Raman is in India now for the Kumbhabhishekam of the temple at his village Mannarkoil. "It is taking place after 500 years. It is the culmination of two-and-a-half years of work. I have spent more than one and a half crore rupees (Rs 15 million) to renovate the temple and do the Kumbhabhishekam. More than anything else, I have given jobs to all my friends in the village who are masons and carpenters."
Other than this, he has also adopted all the orphanages around his village and he takes care of around 2,000 kids, some of whom are physically handicapped.
"I feel if I can educate these children, eventually we can make a difference in the society. We also help 100 children in their higher education. Around my village, everyone knows that if a kid who studies well cannot afford to pay fees, he has to only come to my house; his education will be taken care of."
"I do not do this as charity; its my responsibility. I am giving something back to the society that fed me, taught me, and took care of me and gave me hopes. "
Courtesy: Rediff.Com